The CDC reports 507 people have been affected by a parasite outbreak linked to McDonald’s salads. (Published 4 hours ago)

The CDC is now reporting that 507 people in 16 states have been diagnosed with an intestinal illness after consuming salads at McDonald’s restaurants, marking a 16 percent increase in cases in two weeks and a stunning 731 percent increase since the first announcement mid-July.

One patient in New York City and one in Connecticut have been added to the cyclosporiasis case total, according to the CDC’s update Thursday, but both of them purchased the salads while traveling in Illinois. That state currently accounts for more than half the total cases, the CDC says.

The West Coast has not been affected.

Cyclosporiasis is caused by the parasite Cyclospora, which the CDC says was evident in a romaine lettuce and carrots mix distributed to McDonald’s locations; none of the mix was packaged for direct sale to consumers.

Two dozen people have been hospitalized amid the current outbreak, the CDC says, though no one has died and no recalls have been issued.

The most common symptom of the illness is watery diarrhea. Other symptoms include appetite loss, intestinal pain, nausea and fatigue.

McDonald’s previously released a statement regarding the outbreak, saying “McDonald’s is committed to the highest standards of food safety and quality control.”

Earlier this summer, McDonald’s removed the lettuce blend from 3,000 identified restaurants and distribution centers that had received it.

Reported illnesses started on or after May 20. 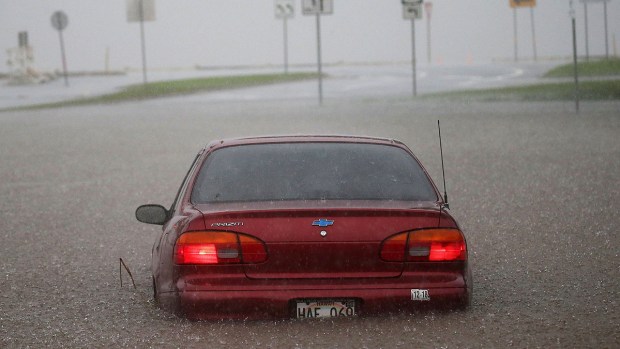